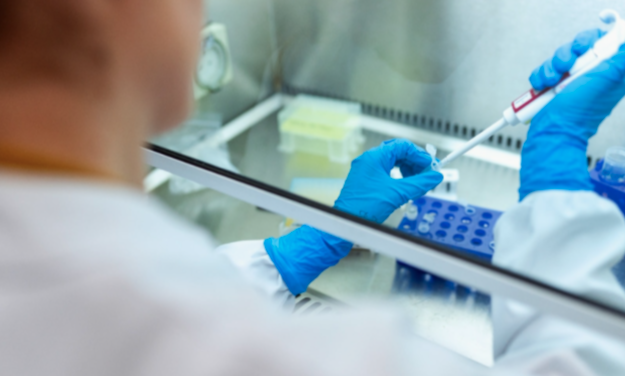 Normally, vaccines can be applied through quite difficult and long stages. However, the Covid-19 outbreak is a different process and it is seen that the clinical research part is switched in a few months. One of the most important reasons for this is with the coronavirus family, SARS and MERS.  There are 2020 candidate vaccine studies under study as of November 212. is known. 44 of these vaccines are at the clinical trial stage.

Covid-19 epidemic started to see the second wave in many countries and serious increases in the number of daily cases started to be seen .. However, in early November.  about vaccines  With promising developments taking place, the world is one step closer to defeating this latest pandemic. But everything is not over yet… What do we know about these vaccines developed in record time? What are the next challenges? First of all, developing a vaccine is a challenging process. Whether the vaccine is safe and effective is tested with the process that started in the laboratory and continues in experiments in animals and humans.

It took years to develop most of the vaccines produced in history. However, not even a year after the outbreak started, hundreds of vaccine candidates emerged. These studies progressed faster than ever before.

The World Health Organization stipulates that for a vaccine to be successful, it must have a protective antibody effect of at least over 50%. Here are some of the most effective vaccines, whose clinical trials are about to be completed and the results of which are being studied in accordance with the criteria of the world health organization.

¬ modern: Unlike previous vaccines, this vaccine, developed in the United States, uses a method that aims to create immunity by injecting genetic material (RNA) into the body, not the virus itself. Moderna is switching to third phase studies announced. A two-dose vaccination, a robust immune response and protection against SARS-CoV-2 infection in primates provided.  Search for phase III studies published in November 2020 to consequences According to the candidate vaccine, more than 94 percent effective.

¬ BioNTech-Fosun Pharma-Pfizer: As a result of the phase I / II trials initiated in May, the vaccine produced antibodies observed. No side effects were observed except for mild side effects such as headache. Currently 30 thousand volunteers in three countries including the United States of America  phase 3 trial continue it makes. On September 16, Pfizer reported that some of its participants in the Phase III clinical trial  have had moderate side effects told. On October 6, the company applied for a license to the European Medicines Agency (EMA) for the potential vaccine they are developing. announced. If the EMA grants a license to vaccine candidates, companies will be able to move on to the production phase. Among the places where the candidate vaccine clinical trials conducted Sakarya and Kocaeli University in Turkey is located. According to a statement made by Pfizer on November 9, the candidate vaccine is more than 90 percent effective. observed. As the phase 3 human trials of the candidate vaccine are underway, the intermediate test results can be said to be promising.

¬ AstraZeneca-ChAdOx1-British-Oxford University: AstraZeneca's I and II. As a result of the phase studies, vaccine developers detected any serious side effects. didn't. It was seen that the vaccine produced antibodies against the new coronavirus. III. The double-blind experiments within the scope of the phase began to be tried on volunteers. Phase 3 trials were ongoing in Brazil, South Africa and the United States, as well as the second and third phase trials in Britain and India. Global trials of the vaccine as it developed inflammation in a volunteer on September 6 stopped. Partially continue trials on September 12 decision taken. According to research results published on November 23, 2020, the candidate vaccine has 70 percent protection against coronavirus. developed.

¬ CanSino Biologics-China-Biotechnology Institute, Military Medical Sciences Academy-CTII-nCoV: The Chinese company CanSino Biologics, in partnership with the Institute of Biology at the country's Academy of Military Medical Sciences, has developed a vaccine based on an adenovirus called Ad5. Positive results from the phase I security trial in May they published and phase II in July in your trials The vaccine was found to produce an immune response against Covid-19. The vaccine is currently limited in the army in use. Also, trials will begin in Saudi Arabia and Pakistan. announced.

¬ A Chinese company is testing a vaccine called CoronaVac, which is prepared according to the 'inactive virus' technique. The vaccine released on September 9 in phase I / II clinical trials It was observed that she developed immunity against coronavirus and no serious side effects were reported. Based on the results, the medium dose vaccine was chosen to enter the phase III trial. The vaccine phase III stage of Turkey were also included in the vaccine and the first dose of Hacettepe University Faculty of Medicine in September 16 health workers done. The ongoing trials of the vaccine at Hacettepe, Kocaeli and Istanbul Universities, Ankara City Hospital added.

¬ The vaccine researched at the Wuhan - Biological Products Institute is also prepared according to the 'inactive virus' technique. Phase 1/2 trials showed that the vaccine produces antibodies and some volunteers experienced side effects. showed. The company continues its third phase studies in Peru, Morocco and China. running. Developed by the United Arab Emirates, the vaccine has received emergency approval for use in healthcare professionals.

¬ INO-4800 code product They are working on a DNA-based vaccine with. Phase I studies side effect in interim evaluation not found and immunity to coronavirus occurred. Phase I / II studies have not yet been concluded. It continues simultaneously. The company announced on September 28 that the FDA put the candidate vaccine on hold due to questions about the delivery device. announced. Work resumed in October, and then on November 16, Inovio II. phase studies started.

¬ Russia, on 11 August, yet III. approved the new coronavirus vaccine that did not start phase trials announced. Sputnik V phases I and II on August 1 Completed. It has been said that current clinical trials show that not a single participant was infected with Covid-19 after the vaccine was administered. The vaccine is from the Russian Ministry of Health. registration certificate received and III. phase, that is, clinical trials with broad participation will begin on 12 August in some Middle Eastern and Latin American countries. However, some scientists say it is dangerous to get the vaccine approved before it has been tested in large masses. he finds. Russia, phase III studies are ongoing, the candidate vaccine is 19 percent effective against Covid-92 explained

¬ Russia, of the Vector Institute candidate vaccine, which he found, to Phase 2020/1 trials in July 2 started. The results of the Phase 1/2 studies have not yet been published and Phase 3 human experiments have not started, but on October 14, Vladimir Putin stated that Russia gave early use approval to EpiVacCorona. explained. EpiVacCorona was the second vaccine to be authorized for early use in Russia after the Sputnik V vaccine. Like the Sputnik V vaccine, the EpiVacCorona received approval prior to the Phase 3 trial.

¬ NVX-CoV2373 coded candidate vaccine, phase I announced in August to data According to the vaccine, the vaccine has a reassuring safety profile and the vaccine is tolerated in volunteers. was able to. On September 24, 2020, Novavax will launch clinical trials with up to 2373 volunteers aged 18 to 84 in the UK to assess whether the candidate vaccine NVX-CoV10 is effective in preventing the new coronavirus explained.

¬ ZyCoV-D coded candidate vaccine, It is an Indian brand. They're working on a DNA-based vaccine. Pre-clinical studies in July bitti and allowed for human testing. On August 6, phase I trials of ZyCoV-D in healthy subjects were completed and phase II trials were started. Phase I trials of the company's RNA-based vaccine began in June, and phase II trials began in August. passed. Cooperation with a German company is doing.

¬ Imperial College London researchers have developed a "self-replicating" RNA vaccine to stimulate the immune system. In animal experiments It was observed that the vaccine was safe and produced an effective immune response. Stage 1/2 trials They started on June 15 and worked with Morningside Ventures to manufacture and distribute the vaccine through a new company called VacEquity Global Health. They established a partnership.Researchers expect to find out if the vaccine is effective by the end of the year.

¬ AnGes, Osaka University and Takara Bio; Phase I / II trials of the DNA-based vaccine continue together. Candidate vaccine has been tested on volunteers since August.

¬ Indian Medical Research Council and National Institute of Virology and Bharat Biotech: The institute and the biotech company Biotech are working on a vaccine called Covaxin. Phase I and II human clinical trials of the candidate vaccine in India in July 2020 started.

¬ China Academy of Medical Sciences Institute of Medical Biology: Institute that developed vaccines for polio and hepatitis A in the past, phase II trial for an inactivated virus vaccine in June launched.

¬ Kazakhstan Biological Safety Research Institute: Researchers are working on a vaccine made from inactivated coronaviruses. The candidate vaccine known as QazCovid is running phase I and II trials. running.

¬ Sanofi and GSK: Sanofi and GSK started the Phase I / II clinical trial for the Covid-3 vaccine as of September 2020, 19. Developed jointly by Sanofi and GSK, the vaccine candidate is based on the design of a Sanofi vaccine approved for influenza. Study transition to phase III by the end of 2020 is aimed.

When looking at all these studies, it is seen that the candidate vaccines have started clinical phase studies and can reach rapid results, but the estimated completion of the studies is foreseen at the beginning of 2021 at the earliest. Due to the pandemic that progresses so rapidly, with the suggestions of our Ministry of Health, the vaccination of the society in our country and in the world will start at a serious speed in early 2021.