Prof. Dr. M. Emel Alphan: The way to prevent obesity is through a healthy, adequate and balanced diet. 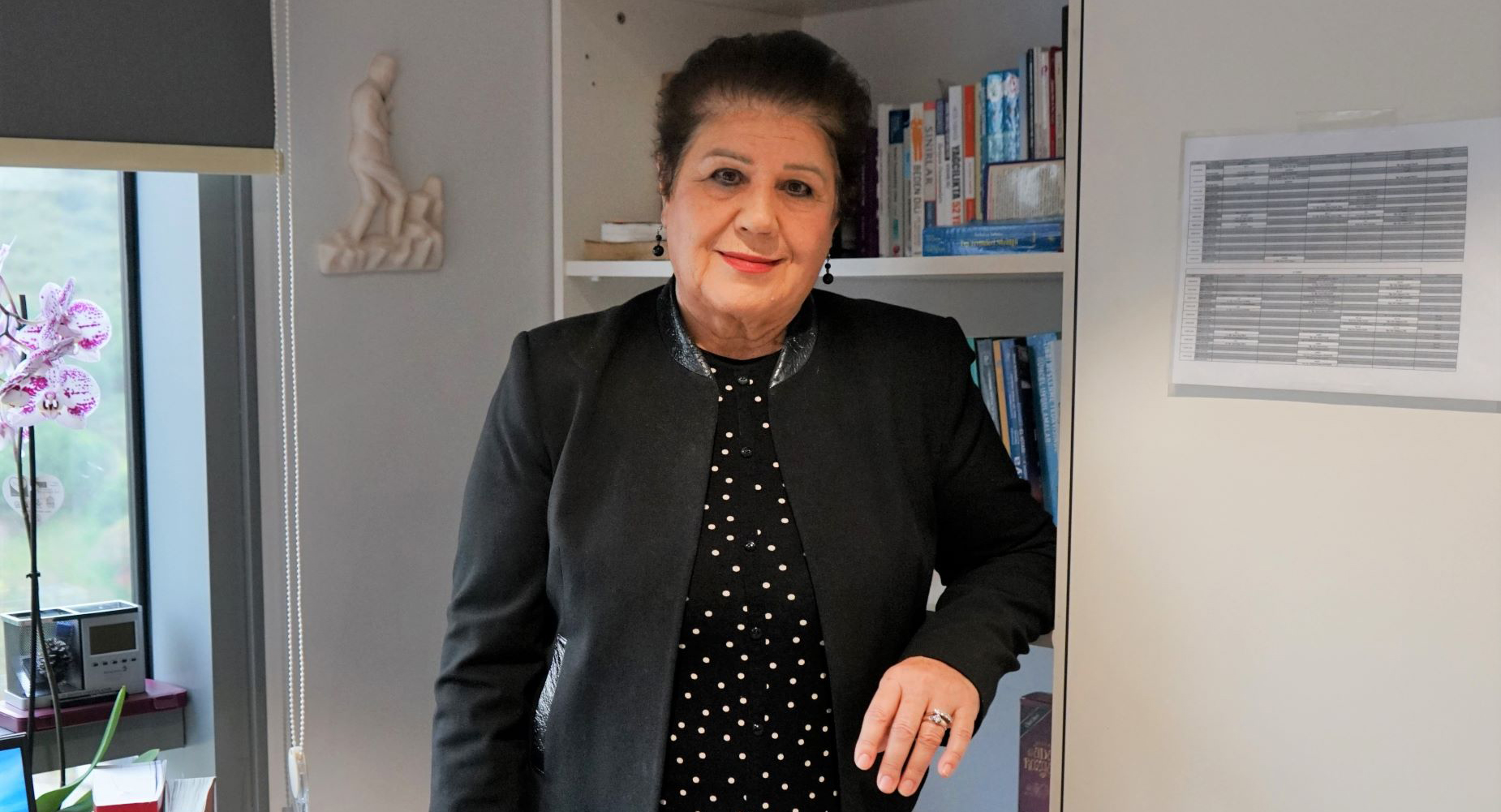 Make a statement on the occasion of March 4, World Obesity Day, Head of Nutrition and Dietetics Department, Faculty of Health Sciences, Istanbul Atlas University. Dr. M. Emel Alphan stated that obesity, which is defined as an increase in body fat, is the cause of many diseases, especially cardiovascular diseases, diabetes, fatty liver and hypertension. Prof. dr. Emel Alphan explains the basic causes of obesity: “The amount of fat in the body increases with the energy taken into the body with nutrients in excess of the need. Frequent feeding with foods with high energy content, such as fast-food type foods, and lack of physical activity are the main causes of obesity.

Emel Alphan stated that the obesity rate, which was 35.9% in Turkey in 2010 according to the TURDEP-2 study, decreased to 31.5% according to the results of the 2019 TBSA study. It is around 40% in both men and women. When separated by regions, Western Black Sea Region ranks first with 37.5% of obesity rate, and Central Anatolia Region ranks second with 36.9%. While these data emphasize that obesity continues to increase, it should be reminded that it is actually a preventable disease. Obesity has also been seen in children for the last two decades, and it is estimated that 30% of obese children will be obese in adulthood. If it is also remembered that childhood obesity causes type 2 diabetes in children (which is more common in adults), it will be possible to be protected from obesity from childhood and to be protected from diseases caused by obesity in adulthood. Said. Alphan continued his statements on Obesity as follows:

What are the causes of obesity?

Obesity should not be viewed as a simple energy imbalance issue or as a genetic issue. When the factors causing obesity are examined, from the transmitters that manage the hunger and satiety centers in the brain to the bacteria forming the microbiota in the intestines, from a quality and regular sleep to the obesogenic environment (fast-food style diet, being physically inactive, faulty eating habits and cooking methods), as well as in the brain. Recent studies have shown that many reasons, from the endocanbinoid system, which controls the appetite, to the greenhouse gas emission caused by climate change, are effective in the formation of obesity. Despite the change in energy needs in different age groups, the continuation of old faulty eating habits is the cause of chronic non-communicable diseases, especially with increasing age.

How do we know if we are obese?

A calculation method called Body Mass Index (BMI) is used to determine whether you are overweight or obese. BMI can be calculated by dividing a person's body weight in kilograms by the square of their height in meters. If the BMI value is higher than 25 kg/m2, it is considered overweight, and if it is higher than 30 kg/m2, it is considered obese. Waist circumference over 88 cm in women and 102 cm in men will increase the risk of developing metabolic diseases. It should also be noted that abdominal obesity, which is considered to be male-pattern obesity in Turkey, is very high, especially in women (54%).

What should be done to prevent obesity?

Healthy, adequate and balanced diet protects against obesity. Energy and nutrient needs are different for people of all ages. In order to prevent obesity, a healthy dinner plate should be formed at every meal, in amounts suitable for all ages. As shown in the Turkey-Specific Dietary Guide below, half of the Healthy Meal Plate consists of vegetables and fruits (at least 5 servings of vegetables and fruits should be consumed per day), a quarter consists of cereals (whole wheat bread, etc.) and the remainder consists of cheese, milk, yoghurt. Consistently applying a diet consisting of low-fat milk and dairy products such as kefir, eggs, meat, fish, chicken and legumes will protect from obesity. Oils can be used in small quantities to flavor dishes. It is necessary to stay away from saturated fats such as butter, mainly olive oil, but to cook meals with a small amount of other liquid oils. Sugar and sugary foods should definitely not be consumed. Drink water instead of sugary fruit juices and soft drinks. Because such drinks contain High Fructose Corn Syrup, which increases body fat.

It will be possible to complete the healthy dinner plate with 1) Meatballs, bulgur pilaf, mixed salad and ayran, and 2) Dry Beans, Rice, Mixed Salad, Ayran. 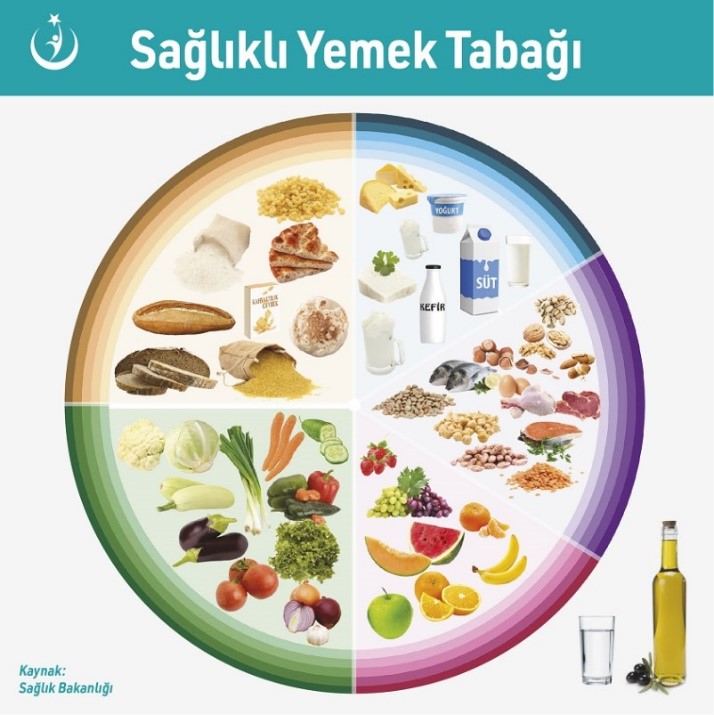 Limiting the energy intake from total fats and sugars individually, increasing the consumption of fruits, vegetables and legumes, and doing regular physical activity are the basic recommendations for preventing obesity. World Health Organization; recommended that children do 60 minutes of physical activity a day and adults 150 minutes a week to be healthy.

Since diets on social media and the internet are not personal, it is not healthy to follow them. Even if you lose weight with such diets, much more weight is regained than lost. Implementing a healthy, adequate and balanced nutrition program with physicians, physiotherapists and dietitians, and when necessary with psychologists and family support, will bring success in the treatment of obesity.

How does the seasonal change affect Covid-19?
Human Rights of Women from Past to Present