The Battle of Gallipoli and the 'Other' Children 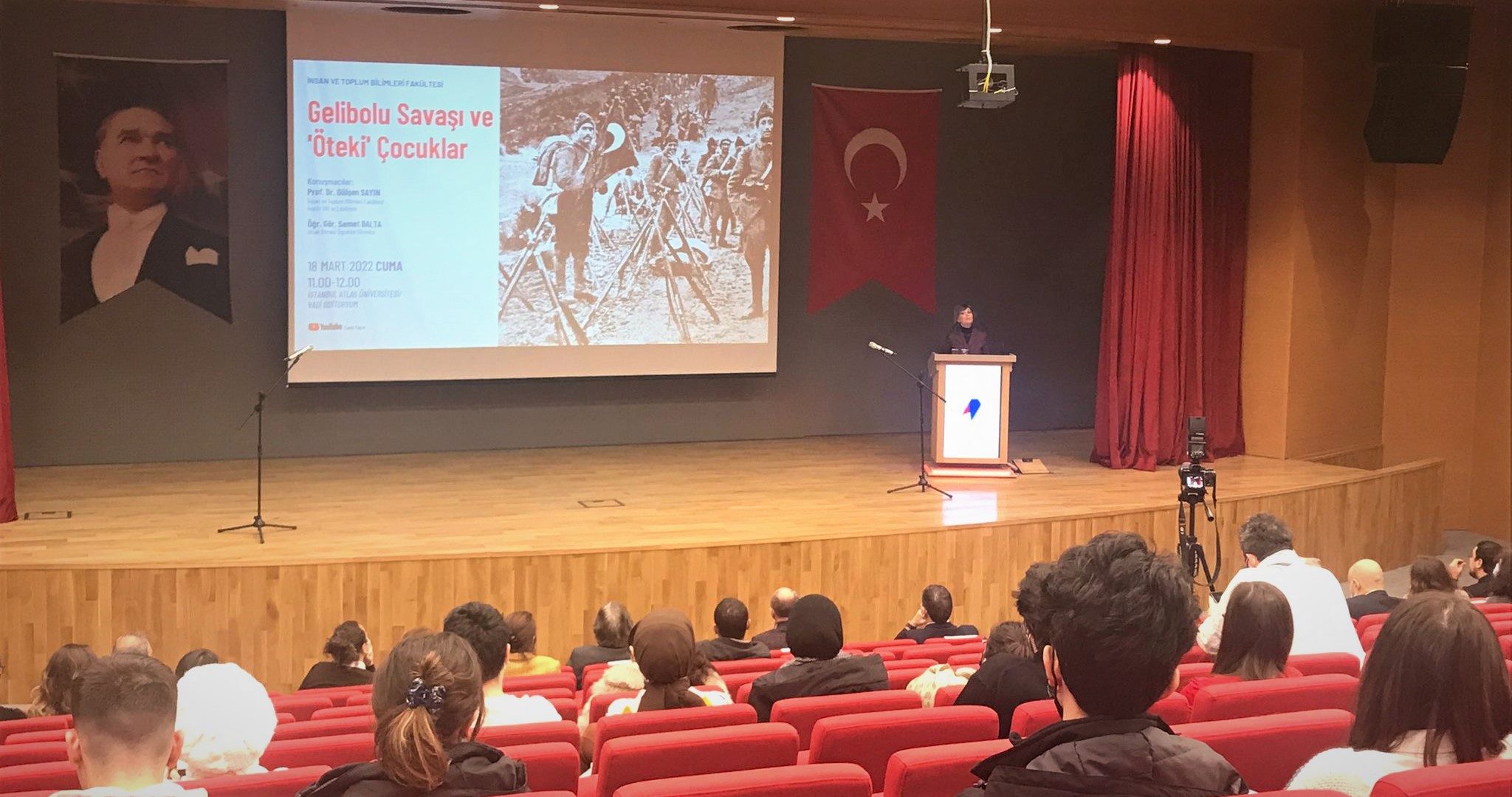 Speaking at the 18 March Martyrs' Day and Çanakkale Victory event held at Atlas University, Prof. Dr. Gülşen Sayın said that as the subjective stories of the soldiers came to light, the perspective of the people of the warring states towards each other changed.

March 18 Martyrs' Day and the 107th Anniversary of the Çanakkale Victory were celebrated with a ceremony organized by the Faculty of Humanities and Social Sciences at Atlas University. Atlas University Board of Trustees Chairman Dr. Yusuf Elgörmüş, Atlas University Rector Prof. Dr. Mustafa Küçük, academicians and students attended.

Making the first speech on the meaning of the day, Atlas University Atatürk Principles and Revolution History Lecturer Samet Balta said, "The Çanakkale Wars significantly changed the course of the first world war, which was based on the desire of non-industrialized countries to seize the economic and political dominance of the world." Speaking later, Dean of the Faculty of Humanities and Social Sciences Prof. Dr. Gülşen Sayın, expressing that the Battle of Gallipoli on March 18, has been handled and discussed from many perspectives in the light of historical and military records in our country, “Which army has how many soldiers, how many ships and how many weapons? How many casualties did each army lose? What was the war strategy of the British Empire? Did Churchill really believe he could take Istanbul? Such questions, statistics, objective historiography, and military information dominated this field, and the highly subjective stories of the soldiers fighting that had not come to light had faded into oblivion.” That's why, while talking about military and political history for years, Prof. Dr. Mr. continued his speech as follows:

“After the new historicist theory, which argues that every written text should be accepted and interpreted as a cultural text, became widespread in academic circles, the notes that soldiers scribbled while keeping watch in the trenches, poems expressing the longing for a lover/wife, English-Turkish notes thrown from the trench to the trench, compasses, especially Australian ones after the war. Memoirs and novels written by some soldiers from , Irish and New Zealand began to be studied and interpreted. “ Stating that these findings have changed the perspective of the people of the states at war with each other and contributed to the understanding and highlighting of the humanitarian aspect of the issue, Prof. Dr. Gülşen Sayın concluded her speech as follows: “The findings have often enriched, and sometimes corrected, official history. The forgotten "human" side of this difficult war that lasted for 10 months, including the withdrawal process, became central with the work of a group of researchers in the light of this theory.